Learning How to Play from the Experts

A year or so ago, I gently told my husband that he should try to join Andrea as she plays. I understand that he often tries to play with Andrea by making Andrea do the things he chooses. There is actually a value to this. Fathers teach kids all about cooperative play, and about following other people's rules. On the other hand, there is also value and beauty in playing with your kid by not interrupting their rhythm and just slowly immersing ourselves into their imagined world. You see into their wishes, their fantasies, their fears. You see just how they see you, how they understand family. How they see good and evil. You see all of that in play. 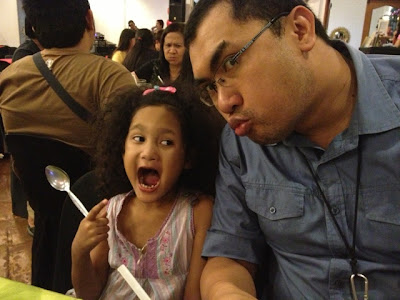 My husband though, is such a manly-man. As much as his heart wants to play with our daughter as she plays with her doll houses, and ponies, and stuffed animals, he just doesn't know how. He told me as much himself so I gave him a tip. I said, the next time you see her playing you can ask her to show you or teach you how to play.

It was a passing conversation and I didn't think much about it. My husband is very intentional about playing with our daughter and he consciously spends time with her teaching her about the bible, and character and about Jesus. I didn't feel the need to nag about that one thing.

One day, I was in school and my husband got home earlier than usual. They ended up playing with her doll houses and ponies. My husband excitedly told me about it when I got home. I asked him how he managed and he said  "I told her: Hon, I really want to play with you but I don't know how to play with this. Can you show me?", not only did my husband get to show his eagerness in spending time with my daughter. My daughter got the experience of being the "expert" at something and showing my husband how to play with dolls (I swear, I wish I could have seen this).

How Can I Improve as a Parent?

Three years ago, I finally got the courage to go and visit CCF? I was born and raised in a Catholic home but unfortunately, I barely exercised my faith. I wanted to try various churches but, at that time, my husband was hesitant as he felt he had a good enough relationship with God and was satisfied with where he was in the Catholic faith.  He eventually agreed to bring me to church and we visited CCF for the first time.

I remember coming in late and standing in the back of the church completely unaware to how they did things. I remember listening to the speaker talk about parenting, how serendipitous that that happened. Parenting was my passion or obsession then. The speaker (I believe it was Pastor Peter Tanchi) would quote things from the bible and talk about how this can be applied in real life. I was hooked. 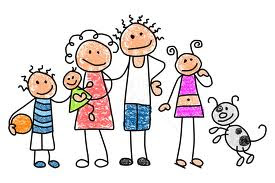 I learned so many things about parenting from CCF. One of the things I learned which I now regularly do is asking my daughter (and sometimes my husband) how I can improve as a wife and or as a parent. I first started doing this with my husband and to be honest, it's a scary experience. You have to check your ego at the door. You have to humbly accept whatever it is they tell you. You can't argue.

I was sure at that time (my daughter was around 4 I believe) that this process was too complex for my little girl to understand but something in me pushed me to try anyway. The first time I asked her, she said I should play with her more. Then, around half a month after she told me I should listen to her more. She kept telling me to listen to her (which I guess shows I haven't been improving as much as I thought I was) until yesterday when she finally told me something different. Read about it here.

I highly encourage this exercise. We often look at other people and think about how they should change to make us happier, rarely do we turn the mirror over and ask how we can improve. The bonus is that when we improve, the people around us change with us.
Posted by Liv Reyes at 3:55 PM No comments:

Being Intentional in Teaching Contentment

My daughter has very simple needs. Feed her, read to her and play with her and she's happy. We have been trying to make sure she doesn't become materialistic. We generally don't always buy her toys (she has A LOT of toys as gifts) and if she really wants something (like she wanted a bicycle) then she needs to work for it. (she has an ice candy business).

For her birthday around three months ago she wanted fake glasses. I told her that she had money to spend and she's free to buy them. She chose a pair that costs 75 pesos which were not very cute in my opinion. She was very happy with it though so I let her be.

Around a week after her purchase I came upon a store which sold the cutest fake glasses for kids and so I wanted to buy her one.  I then told myself "What are you doing Olivia? Your daughter was so happy with one pair of super inexpensive glasses and here you go getting her another one? Why? What value will that bring to her?" I realize that if I buy her another pair, I am training her not to be happy with one thing. Why would I want to do that?

I have since then stopped myself from buying her more things. Sometimes though, I fail the test. Take what happened to us two weeks ago for example. I found out that Andrea's one and only headband (which she lovingly chose) broke. When I say it broke I mean that the flower decoration fell off leaving one thin green band. I looked at it and said "Don't worry honey, we'll go and get you a new one when we go to the mall"

It was an insanely stupid statement. First, she wasn't worrying. She wasn't even sad. She was perfectly content. Why am I offering to buy her something when she didn't even ask for it?

Then what she said blew me away, "Why mom? This one still works. See, I can still wear it."

I was so happy that my daughter knows the meaning of being simple and of not needing things to be happy. I think I have to be more intentional in teaching MYSELF contentment.
Posted by Liv Reyes at 12:40 AM No comments:

Thank you for visiting my personal blog. I'm excited to share with you my journey in life as a woman, wife, parent and a professional. I hope we can learn from each other as you leave comments down below.

What have we been talking about?